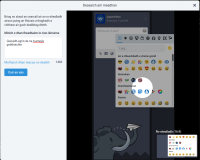 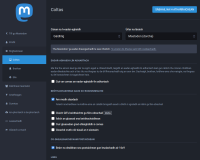 Comunn na Gàidhlig is currently carrying out research on the impact of bi-lingual signs at Scottish skiing centres. It would be excellent to get your opinions.

I refer to an article that appeared in this week's Northern Times: Councillor slams spending on Gaelic Education.

Although I have tried in the past to correspond directly with individuals on similar matters, rather than doing so through the press, people often do not afford me the same courtesy and Bòrd na Gàidhlig will be going public with this response. I apologise, in advance, for the length of the letter but hope you will stick with it to the end.

Some of the comments attributed to you in the article cannot go unchallenged and display a lack of knowledge of how Gaelic activity is funded within the Highland Council. The Highland Council's commitment to Gaelic, as well as being historic, is confirmed in the Council's current Administration Programme and the Single Outcome Agreement with the Scottish Government.

In the case of the Gaelic school, the expansion is needed because Bunsgoil Ghàidhlig Inbhir Nis is at capacity, and is a success story. If the children in that school were not being educated in Gaelic, they would have to be educated in English and, as I will demonstrate further on, that would actually cost the Highland Council more.

Is it the case that all the English language primary schools in Inverness are at capacity, necessitating the building of another primary school in the city? If not, why have you picked on the "unnecessary expenditure in the current straitened economic circumstances" on Gaelic?

The option of a Gaelic education is a choice given to parents under the 1980 Education Act, as opposed to any more recent legislation. It has been around for a long time and the Highland Council, like any other local authority, must respond to that. Gaelic schools and units need teachers too and the development of Gaelic, and the employment opportunities arising from it, should be seen as positive in the current economic climate, not "unnecessary". If teachers are in danger of losing their jobs, we hope they would see Gaelic as a useful additional skill and would welcome them learning the language to get them back into work.

In the article, you call into question "Scottish Government legislation which forces local authorities to spend thousands of pounds on drawing up a Gaelic policy and promoting Gaelic language and culture." You state that this is an "elitist policy which favoured the few rather than the many".

I believe you are a Labour councillor. Indeed I understand you are employed part-time by the Highlands & Islands Labour MSPs. It was one of those MSPs, Peter Peacock, who led the introduction of the legislation to the Scottish Parliament on behalf of the previous Labour administration. But Gaelic has always enjoyed cross-party support and the Gaelic Language Bill was passed unopposed to become the Gaelic Language Act. It would be to Scotland's shame if something which costs so little to the taxpayer were to become a "big election issue come the next Holyrood election". I feel such a reaction would be disproportionate beyond belief given what Gaelic costs the public purse which is, in fact, 0.07% of the Scottish Budget - less than three quarters of one tenth of one percent. That hardly warrants it being a big election issue!

In the case of Glenurquhart, in common with every other Gaelic Unit that was ever established, naturally it will start off small. Of course the initial costs of establishing a class for 4 pupils will be higher than teaching a class of 20+. That is why there is a Scottish Government Scheme of Specific Grants for Gaelic Education, so that local authorities can be helped with those additional costs. But as more parents choose a Gaelic medium education, which they will, that number will grow until it comes to the point where class sizes in the Gaelic Unit may be equal to those being educated in English, at which point there is no 'additional' cost to educating these pupils.

The Highland Council must have a large number of rural schools where small numbers of children require to be educated in English, but I see no concerns raised from you about that. In the case of Gaelic education, the Highland Council gets assistance with what is considered an 'extra' cost. In the case of English, it gets no assistance to employ a teacher with a small class, and nobody raises an eyebrow! Why is that, Cllr MacKay?

You state that the "Highland Council had to meet the bill for Gaelic education, Gaelic development jobs and Gaelic road, street and building signs which were often erected to the opposition of local communities".

Significant funding, in terms of the budgets we have available, has been given by Bòrd na Gàidhlig and the Scottish Government to the Highland Council to fulfil its own aspirations for Gaelic and you will no doubt be surprised to know that the Council has not, in fact, spent all of that money. I just do not know where the millions of pounds you think is being spent on Gaelic by the Highland Council is coming from. You should ask officials for a breakdown of exactly how much the Highland Council does spend on Gaelic from its own resources.

You will no doubt be aware that Gaelic speakers pay the same taxes as everyone else and that the Scottish Government's support for Gaelic through the Gaelic Language Act is matched by significant financial support which Highland Council has been only too willing to accept. The Highland Council itself collects at least 5 times as much in Council Tax from Gaelic speakers than it spends on supporting the language. Nationally, if we suppose 60% of Gaelic speakers are taxpayers, paying a straight 25% on earnings of £25k, then the Inland Revenue gets £217.5m per annum from Gaelic speakers. That figure can be played around with as I don't know exactly what proportion of Gaelic speakers pay tax, nor do I have any idea how much these individuals earn or what their tax allowances might be, but I reckon £217m would probably be on the low side. The Scottish Government spends £25m on Gaelic.

You state that, in relation to Gaelic, the level of spending by the Highland Council is "a luxury" that you cannot afford. Given that the spend by the Council is less than a quarter of one percent of its overall budget, it is difficult to see how such a small expenditure could have the disproportionate detrimental effect on other services that you claim. Given that a large proportion of Gaelic education in the Highlands is supported by a grant from the Scottish Government, were the council to withdraw from Gaelic education, it would lose that grant and have to pay, from its own tight resources, to educate those children in English. Such a situation would compound your budgetary problems, not help solve them!

You criticise the "proliferation" of Gaelic development posts. Where are these posts, Cllr MacKay? The Highland Council had one Gaelic Development Manager but that post is currently vacant. To my knowledge it has a Gaelic Early Years Officer and a Gaelic Development Officer. I am not aware of other Gaelic posts having been created by the Highland Council that would have resulted in Lawrence Jamieson, whom I know, losing his job. What are these posts you claim were being created? And in any case, don't people in jobs who speak Gaelic contribute to the Highland, Scottish and UK economies in exactly the same way as the millions working in English, through the taxes they pay?

According to the article you chose a community council meeting as "a platform" to air your views as you thought people "ought to know a whole lot more about how the Gaelic plan is being delivered and how much it is costing and the equal opportunities issue." I am all for openness but if you are going to explain how much the delivery of the Highland Council's Gaelic Plan is costing, as an elected representative of that council you have, with your colleagues, a collective responsibility for its decisions and a duty to report the facts. Can I ask if you told the community council members that the Highland Council receives more than £1m from the Scottish Government annually, and has received more than £800k from Bòrd na Gàidhlig to help deliver its Gaelic Plan? Did you explain to those community representatives that this is funding that would not be available to the Highland Council for any other purpose?

I fully recognise the financial problems facing the Highland Council at present, but I am also aware that its budget has risen from £518m two years ago to £610m now. To put things into some kind of proportion, having to save £60m over 3 years, while undoubtedly difficult and a large sum of money in anyone's reckoning, does only represent 3.3% of the council's budget. That is not to deny the difficulties this will cause, nor the pain for council members of deciding what can be cut. However, I do think that Gaelic expenditure has become an easy target for some councillors, largely borne out ignorance of the full picture of how the funding works, and how small a proportion of the overall council budget it is.

I would appreciate a response to my points raised in the foregoing and look forward to hearing from you. I would also be happy to meet and talk about those issues at any time. This is an invitation I have also given to other councillors who have raised issues of a similar nature at different times. Sadly, nobody has yet taken me up on my offer.